As part of our anti bullying week at Tayyibah students learnt about the harms of racism and discrimination. We looked at how racism has no place in Islam.the prophets last sermon clearly states ” All mankind is from Adam and Eve, an Arab has no superiority over a non-Arab nor a non-Arab has any superiority over an Arab; also a white has no superiority over black nor does a black have any superiority over a white except by piety and good action. Learn that every Muslim is a brother to every Muslim and that the Muslims constitute one brotherhood. Nothing shall be legitimate to a Muslim which belongs to a fellow Muslim unless it was given freely and willingly. Do not, therefore, do injustice to yourselves. 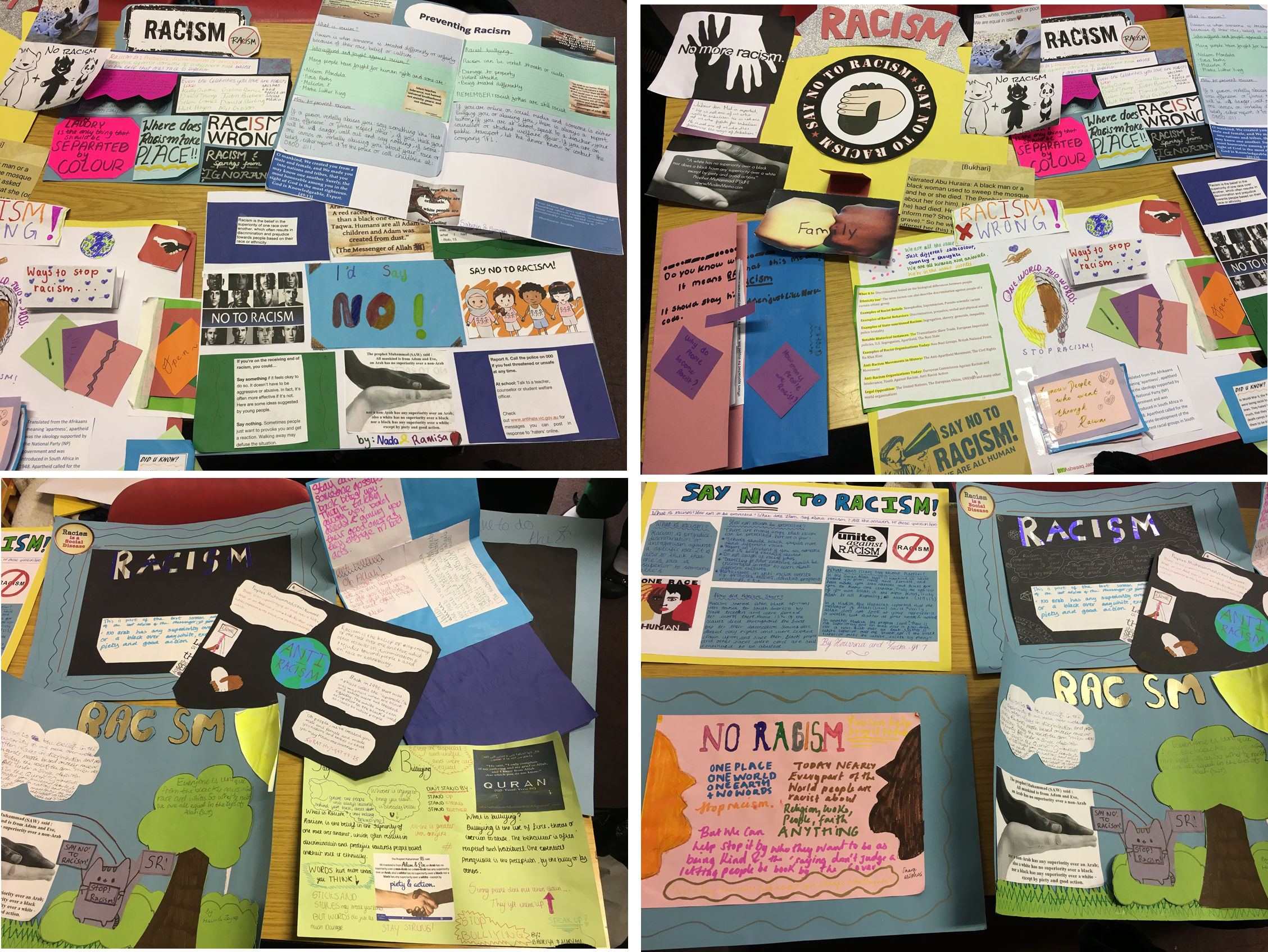