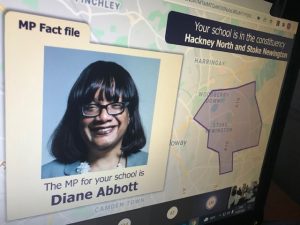 In January, Year 7 participated in an online workshop with the Parliament Education Service. Two hosts from the Education service spoke to pupils about ‘Laws and Debating’.

Pupils were introduced to the concept of how an idea starts off as a Bill and then ends up as an Act of Parliament.

At the end of the workshop, pupils had to have a debate over the proposal of the introduction of a new law.

The hosts watched the debate live and credited the girls for the valid points they brought forward and the way they conducted themselves.