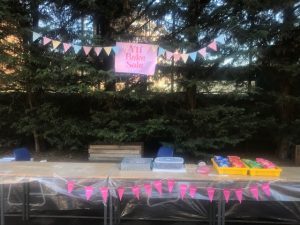 As part of their Islaam and Citizenship education, Year 11 students have been learning about domestic abuse. They have been learning how to spot the signs, how to keep away from it and where there are places to access help. Due to this, they decided to base their campaign on raising awareness and money in support of domestic abuse victims. Some of the proceeds of their sales will go to Solace Women’s Aid who are a local support hub for women based in the North London region where our school is based. The remainder of the proceeds will go to Women’s Aid which is the national support agency for women and children affected by domestic abuse. 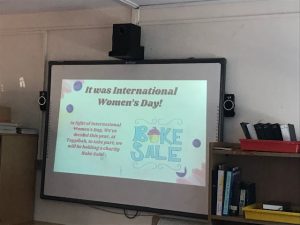 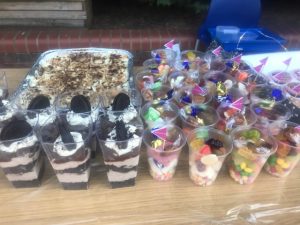 The Year 11 students’ bake sale was the sole idea of the students and in the end, they turned the event into what seemed like a full scale food festival maa shaa Allaah, with foods from around the world! Alhamdu’lillah, this is an apt reflection of the diversity and multiculturalism in our school. The students spent hours preparing the foods before lunchtime and sold food consistently throughout the secondary and primary lunch times. The queues at the food stalls were incredible maa shaa Allaah!

A thank you from Solace Women’s Aid

Solace Women’s Aid were informed about the event and were really amazed by what the girls had managed to do. As a result, they were happy to have a Zoom meeting with the Year 11 students to thank them for their efforts. Two of the Solace Women’s Aid staff gave a short presentation to the girls and then held a Q&A session.

The girls had a target of raising £200 as a minimum but maa shaa Allaah, due to their teamwork, cooperation and dedication, they managed to raise over £600.