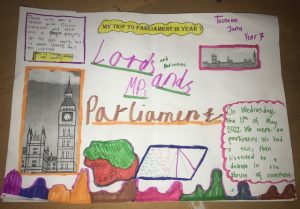 After having a virtual session with the Parliament Education Centre team at the beginning of the Year, students were given the opportunity to visit Parliament as venues have now reopened for school visits.

The visit was booked a couple of months in advance but then ended up being the day after the State Opening of Parliament which was quite unusual this year! Due to mobility issues, the Queen did not open Parliament this year and instead, handed the duties over to her son and grandson.

Due to all of the extra security and adjustments made to accommodate the historic visit, pupils had to enter via the Great Hall entrance (pictured) as opposed to the usual entrance they would enter Parliament by. The Great Hall is where previous royals as well as two former Prime Ministers have laid in state.

Pupils were given a guided tour of Parliament and sat in the public gallery of the House of Commons watching MPs in a live debate, which the children found interesting. 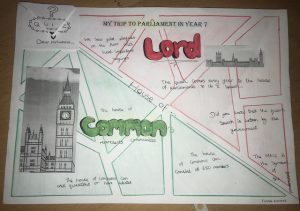